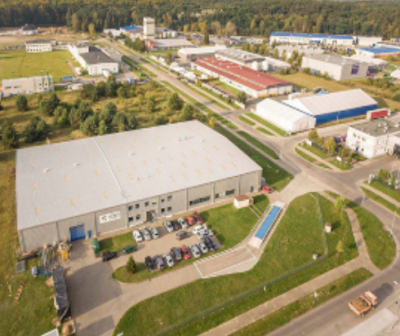 Hofman-Słubice Sp. z o.o. is part of the Dutch holding company G.S. Hofman; a family run company that’s unique due to its long-standing 160-year tradition. Hofman is a recognised European manufacturer of premium wooden windows. Thanks to modern machines, high-quality standards and values that have been passed down from generation to generation, the company produces competitive premium products. The company’s high quality is confirmed by the fact that it holds a Danish Royal Warrant of Appointment for its reliability in conducting business activities. The Polish plant currently employs over 100 people and operates continuously over three shifts. The Hofman factory produces approximately 5.000 windows every month, resulting in a turnover of approximately PLN 25 million.

A problem and challenge – twice as many orders as production capacity

The production of custom-made timber windows has a very high parameter variability. Hofman’s production is diverse and ranges from small, unpainted and simply constructed windows to the most complex and sophisticated window systems delivered for large development projects. The variability exists because of the necessity to constantly adapt the production process and proper queueing of orders.

Due to the increasing demand for Hofman windows, the company received more and more orders. The factory began having significant problems in timely production, despite having three shifts in a continuous 24/7 system.

Przemysław Wojdyło, co-owner and vice-chairman of the Hofman-Słubice Management Board:

“Along with the increase in sales, we exceeded the threshold of scale, after which the company lost efficiency. Excess orders made us gradually fall into chaos. At a critical moment, we were overloaded with orders by 100% in relation to production capacity. We had to carry out an organisational change to be able to execute orders more quickly and operate more efficiently.”

The excess orders caused a number of complications and problems, some of which became strategically important. It was difficult for the company to process orders on time and the lead time exceeded 60 days. Delays caused customer dissatisfaction and frustration in the sales department, but they were also a factor that reduced the company’s competitiveness. Contracting orders in excess of production capacity led to a deterioration in quality. There were more and more mistakes in the process. The company was focused on the implementation of orders and lost the possibility of further development. All this had a negative impact on the team, resulting in exhaustion, loss of motivation, decreased productivity, the need to work overtime, etc.

QRM as the optimal solution

The Management Board learned about the QRM method from their business partner, who was implementing it with the help of a consulting company – 4 Results. From the very outset, the Hofman Management Board was convinced that this was a method that could help reorganize the system sufficiently, in order to extract the full potential from available resources.

How did Hofman release its full potential ?

The implementation of QRM was meant to modify the company’s management system at the level of the organisational structure, processes and HR. The first stage of the project was analysis of the situation at the company, which showed the possibility of separating interdisciplinary cells (Q-Cells) focused on shortening the order processing times.

At the level of the organisational structure, the necessary changes included a departure from the hierarchical model to improve cooperation, and communication between specialist departments. “Eventually, three teams were created in the company. The first one covered office processes, where we prepare complete documentation for the production hall. The second team covered processes implemented in the production area. The third had functions supporting the organisation of work and communication between two cells”, according to Przemysław Wojdyło.

The selection of Q-Cell leaders from among employees brought significant benefits. It allowed some responsibility to be transferred to lower levels. This stimulated employee motivation and engagement. Leaders perform well as middle management, which means that the Management Board can move away from solving ad hoc problems, thus gaining a lot of time for strategic activities. In addition, the creation of cells managed by people from their own teams integrated the employees further. This had a very positive effect on the atmosphere at work.

The Q-Cells created have been equipped with tools to optimise work:

An important element of the QRM project was working with people. First of all, competences in machine maintenance were improved so that more employees were able to independently solve most typical problems related to downtimes. The creation of Q-Cells enabled an analysis of the competences required for specific positions. As a result, a competence matrix was created; this became a tool supporting the remuneration system and at the same time allowed teams to plan their own development.

Another important element of the QRM project was planning optimisation. The analyses quickly revealed production bottlenecks. One of these was the planning of deliveries and coordinating them with the production of finished products. As a result, the planning principle was implemented only up to a level of 80% of bottlenecks, so as not to slow down the entire process. In addition, improved planning translated into High Level Material Requirement Planning. Currently, employees are able to predict order fluctuations with greater accuracy.

The project started in June 2017 and changes were noticeable already in November:

In the window industry, lead time is critical for customers. Deliveries must be coordinated with the end stage of the façade or dismantling of scaffolds. Previously, Hofman’s clients complained that deliveries were not on time. After the implementation of QRM, the company has full control over deadlines. If it wasn’t for weather conditions or unpredictable changes by customers, which disrupt MCT measurement, Hofman would achieve 100% on-time delivery.

“Thanks to QRM, we’re growing and enjoying a good reputation in the market. We guarantee fast delivery and good quality.”

Read more about 4 Results or sign up for the upcoming Silver Course in Lodz, Poland …